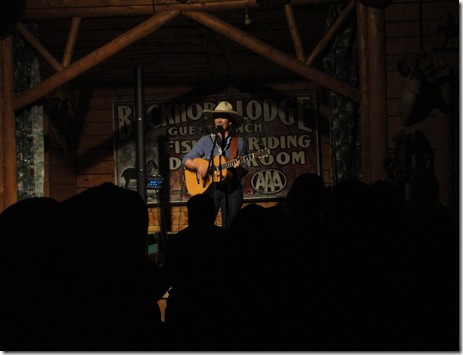 We get some mighty impressive stars out here in the West---anybody can tell you that. But who’da thought a little old town like Parshall, Colorado could attract one of the biggest Western stars around? Award-winning Western music entertainer Juni Fisher first started making tour stops at the Bar Lazy J several years ago, and we are honored to have become one of her favorite ranches to play. She has become a dear friend and now plans her performances around a little R&R time at the ranch in between the dates she plays, much to the delight of Jerry and Cheri and the rest of the staff.         Juni’s accomplished a lot for women in the Western Music world.  Her list of awards is impressive! Just to give you an idea…… 2005 Academy of Western Female Vocalist of the Year,
2005 WMA* Crescendo Award (*Western Music Association)
2006 WMA Female Performer of the Year
2007 WMA Song of the Year
2008 WMA Songwriter of the Year
2008 National Cowboy and Western Heritage Museum Wrangler Award
(Outstanding Album) (first female in Heritage Museum history to win)
2009 WMA Female Performer of the Year,
2009 WMA Album of the Year
2011 WMA Female Performer of the Year
2011 WMA Song of the Year
2011 WMA Entertainer of the Year (first female ever to win)          And besides her fine music abilities, she’s also an avid fly-fisherwoman and loves competitive cow horse reining . So she was sure ready to get out and enjoy the trail with us! 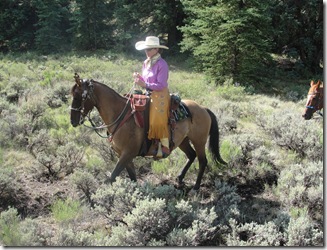 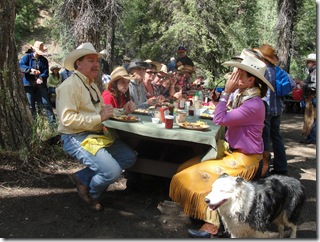 Cheri and Juni! “That’s What Cowgirl Friends Are For” 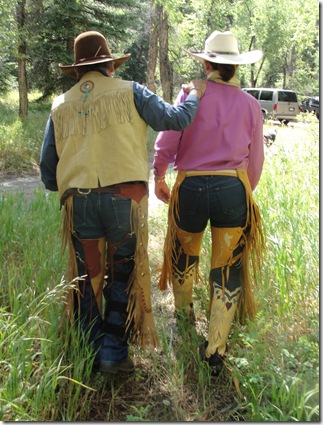 And even though she’s only here for a short time and has now made her way to her next destination, we still think of her several times a week.  In fact, ALL of our guests do! Juni’s most recent (amazing) album features songs celebrating 100 years of the Pendleton Round-Up: one of the longest-running rodeos there is. The songs make you feel like you’re right there with the contestants and the entire cd is a beautiful masterpiece. And the title of the album is the title of one of our favorite songs. 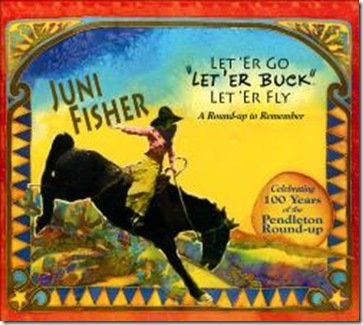 You can see she proudly displays (and lives by!) that anthem as she travels from state to state performing for both large and smaller, more intimate crowds. 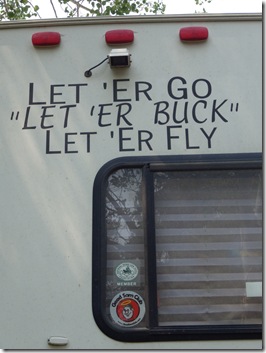 So when we asked her if we could add that saying (slightly modified…) in front of our new zip line platform, she couldn’t have been more honored! 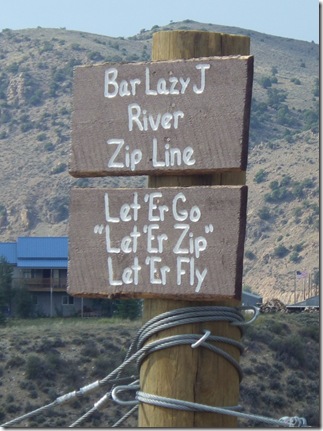 Now, a couple dozen times a week, you can hear our guests shouting those words as they take the plunge off our zip line platform. And what a treat it is to be able to think of Juni every time! We look forward to her return next summer when she, too, can “Let ‘Er Zip!” Thank you Juni!  Sending much love from your Bar Lazy J family! Until next time! 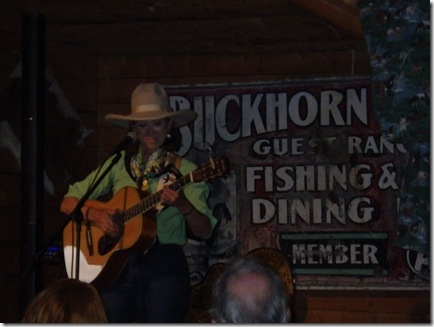