There is lots of wildlife on and around the ranch. Our guests have been known to see just about all the larger species Colorado has to offer—including deer, antelope, elk, moose, bears and even mountain lions. But for those of you who enjoy the winged wildlife, here is a peek at just some of the other beautiful creatures we have flying about the ranch. Most of these shots were taken by our Lodge Hostess Lisa—so we thank her for sharing them!         Our “Spring” comes later than most people’s. We mean that by way of the temperatures. The birds migrate here later than birds back East so they begin their nesting season later as well. The parents need time to to find materials and build their sturdy homes. By the time the eggs are then laid and incubated, most baby birds we’ve seen  make their appearance in late June and into July. Here are some robins who thought the Bar Lazy J looked like a good place to raise a family! Lucky birds! 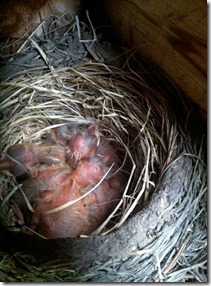 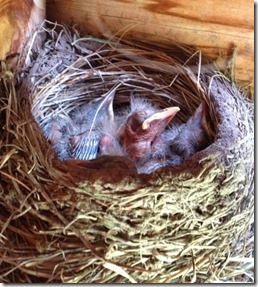 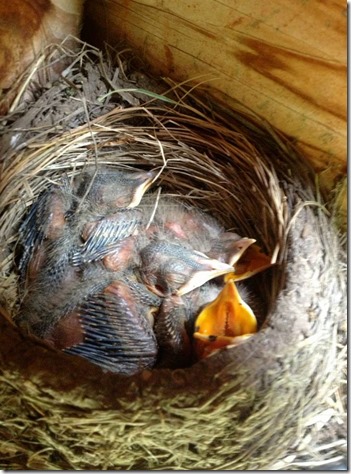 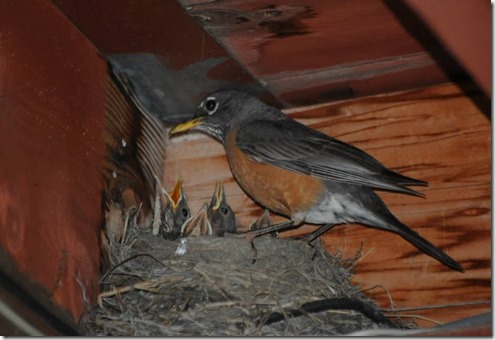 The hummingbirds are a favorite among the guests and with plenty of flowers blooming all season on the ranch, we find ourselves smiling as we watch their darting antics around the gardens and feeders.  Over the years we’ve even found that by holding entirely still, we’ve been able to convince a few of them that our fingers were a resting perch as they landed for a short drink.  Here are some amazing time-lapsed shots of a tiny nest and mama as she raises her two little ones! 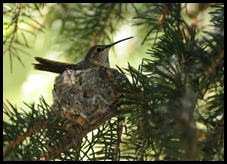 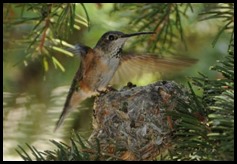 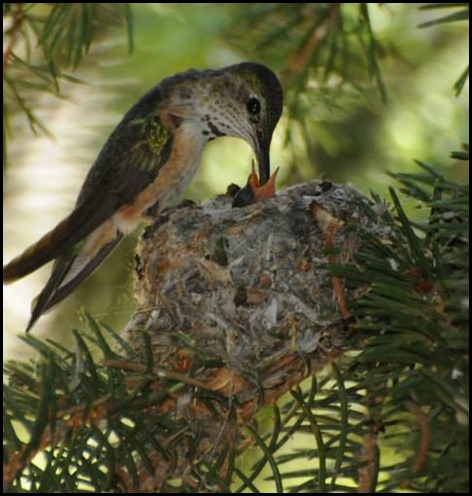 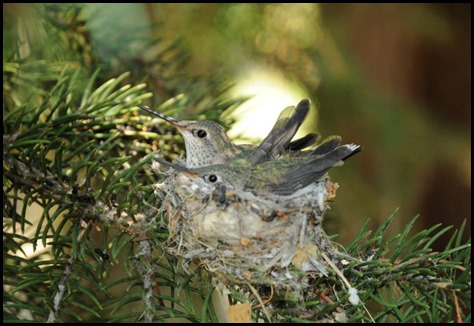 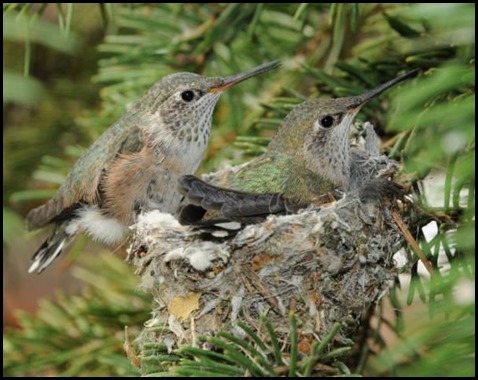 And finally heading out on their own!

This bright Western Tanager is sure a beautiful sight among the browns and greens of the sage. These birds were first recorded on Lewis and Clark’s expedition back in 1803. Their red head actually isn’t a pigment their body produces. It is derived from their diet of insects who get it from the plants they eat. Cool huh? So if you’re thinking of going red head….just a thought. 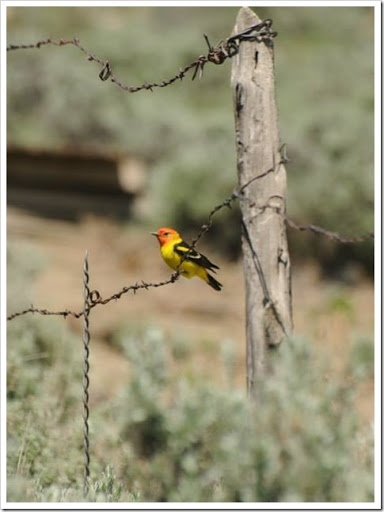 Look at this handsome juvenile red tailed hawk. You’ll notice he does not yet have his red tail. They develop these after the molt in the year after they hatch. This guy has been hanging around the ranch all season. His favorite spot is down by the barn or up in the tops of our tallest pines. Lots of good hunting for him with all these ground squirrels around! Next year he’ll have his flashy tail and maybe we’ll see him some more—here’s hoping’! 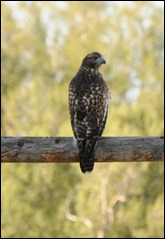 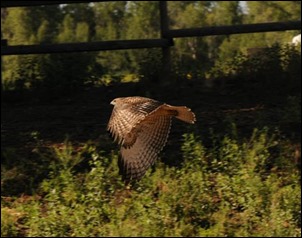 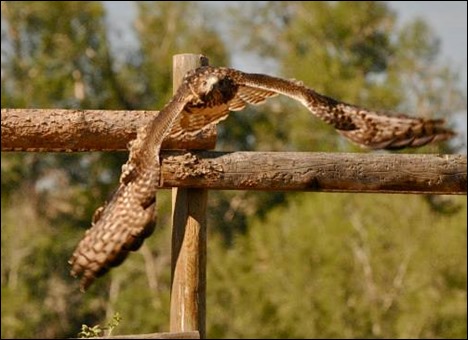 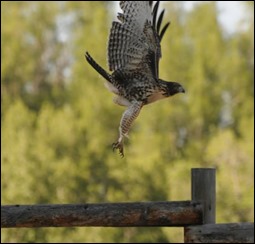 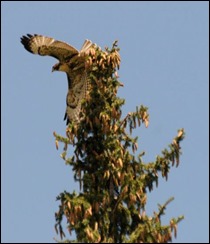 Another hummingbird! Wait. Whoa. That’s an uhhh… “different” looking one than we’ve seen before.  That’s because this “bird” is actually a moth! Sphinx moths are rather large moths, and are frequently misidentified as hummingbirds at first glance, since they hover over flowers, uncoil, and suck the nectar of flowers--hence the nickname “Hummingbird Moths”. Butterflies get all the praise for being the most beautiful winged insects, but you have to admit--these guys have their own kind of beauty and awe-factor. Not to mention we appreciate the pollination! Thanks Mr. Moth! 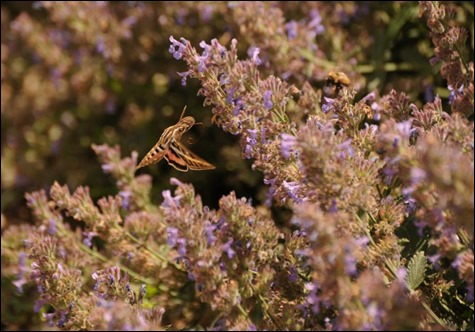 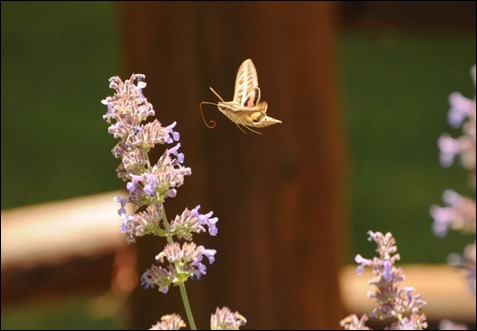 One of the most common birds you’ll see close by the ranch are these “mud swallows”-- although their real names are “Cliff Swallows”. In the early summer, these  birds can be seen in swarms landing on the banks of the river to gather bits of mud to build their strong adobe-like, gourd-shaped homes. The swallows catch insects in flight and you can often tell when a new fly hatch has taken place when you see hundreds of these birds swooping through the sky. Their nests often number hundreds up to thousands in one location and as their name suggests, they prefer an overhang where there is protection from the elements and other predators. In this case, our bridge over the Colorado River has become a site they return to year after year. 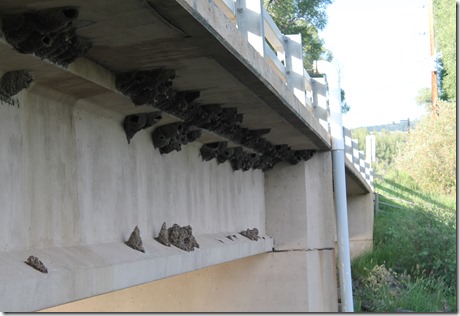 I wonder if they can do custom commissioned pieces…. 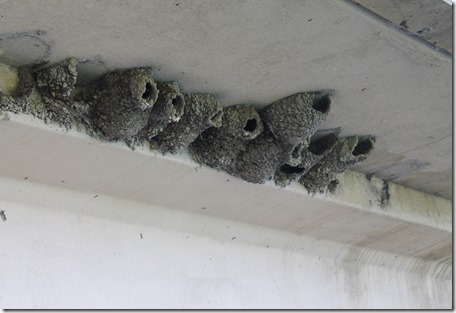 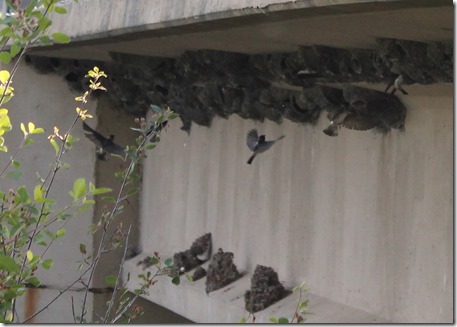 And check out this rare sighting on one of our rides. These Nighthawks are rarely seen because of their night time feeding habits and dart-like flying patterns. You might mistake them for bats in the evening hours if you weren’t paying attention to their size. We happened to wander upon a breeding ground area for these migratory birds during one of our rides and saw several mothers using distraction methods to lead us away from their young. (We’re fortunate they did not use the “attack method” they are sometimes known to use also….now THAT would have been an adventure ride! Ha!) 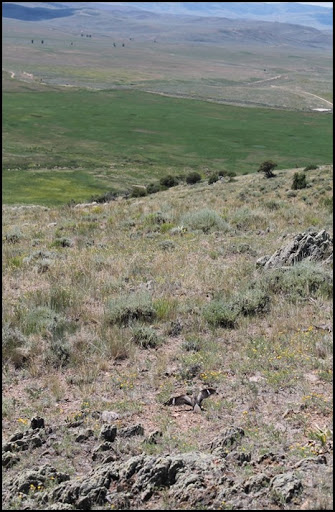 Here mama pretends to be injured as she limps in the opposite direction of her babies. We were grateful for her heads up, because while her display obviously did not cause us to be lured away by her, it did give us a heads up that her “nest” (They don’t have a nest. They lay directly on the ground.) was nearby and to give that area a wide berth. And it’s a good thing, or else our horses could have easily put a foot in dangerous proximity to her fledglings. The babies are so well camouflaged, they are nearly impossible to spot, but one of our wranglers with a sharp eye spotted them under the sage so we were able to share a quick lesson in survival methods given by these interesting birds. 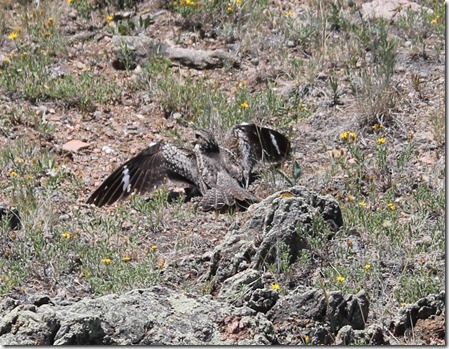 Can you see her babies? 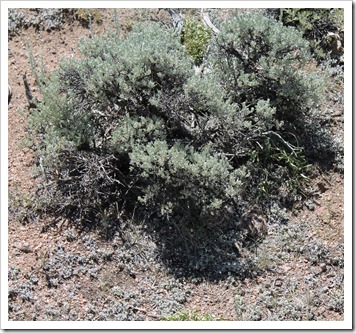 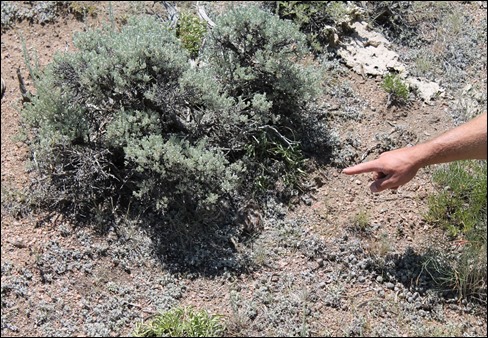 Look at how well these little ones are hidden under the sage brush! Amazing how well they blend with their surroundings and how faithfully mama guards them. We were thrilled to catch a rare peak of these guys. Just goes to show there are beautiful sights in every direction as we ride—even at your feet! 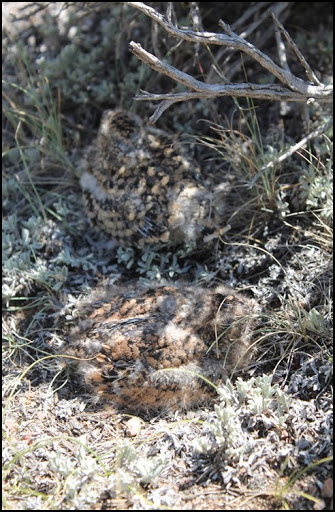 Next time you’re here, keep an eye out for all these and others. There are endless amounts of wondrous beauty around us!